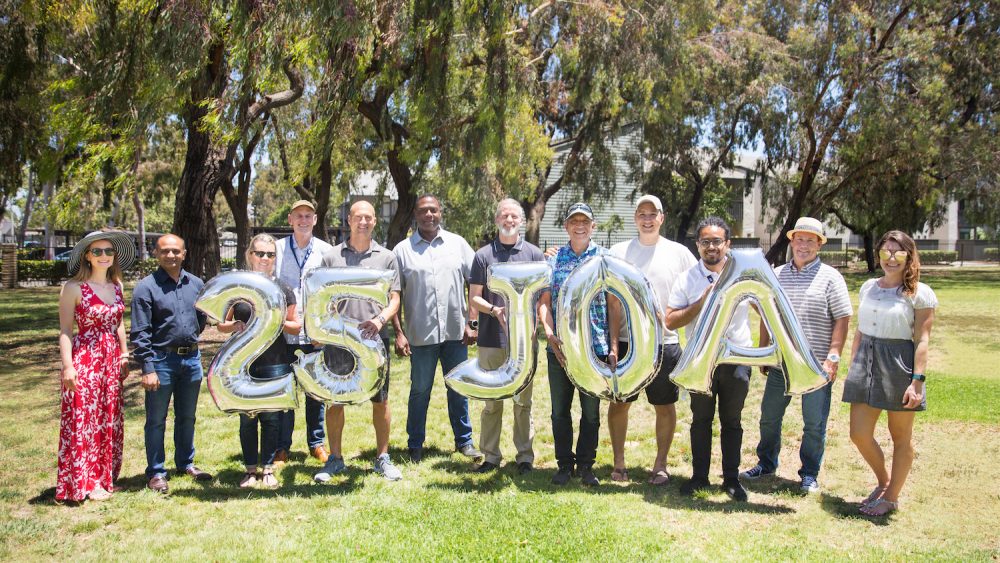 The company is celebrating its 25th Anniversary as a leading provider of project and construction management in Southern California.

JOA Group is pleased to announce that it is celebrating 25 years in business as a leading provider of project and construction management services in Southern California.

Founded in 1996 by Orange County local, Jeff Oviedo, P.E., JOA Group has been instrumental in helping to build and maintain Southern California’s infrastructure for the last quarter of a century.

Mr. Oviedo—a Civil Engineer with an impeccable reputation in project management—realized early in his career that he also had entrepreneurial aspirations. He launched his own company, JOA Group, and soon after, landed several large clients. Some of these included John Wayne Airport, the City of Anaheim, Orange County Public Works, Boeing, and Home Depot.

“I don’t like to follow the crowd, and I’ve learned it’s okay to step out and create your own unique path,” says Mr. Oviedo. “With JOA Group, I wanted to craft a company that didn’t follow the cookie-cutter way of doing business—one that stood out for its excellence in customer service.”

Since then, JOA Group has continually demonstrated this dedication to serving its clients with excellence. The company has overseen hundreds of complex projects in and around Southern California which include:

“We pride ourselves on supporting Orange County,” continues Mr. Oviedo, “including the services we have provided for our local government, public agencies, and businesses.”

One example of the company’s significant contribution is John Wayne Airport, which was the first airport in the county to begin flying again after the 9-11 disaster with the help of JOA Group’s leadership.

In addition, while implementing post 9-11 TSA-mandated security standards, JOA Group received special recognition from the airport’s director, Alan Murphy, “for their contributions and outstanding performance,” as well as “their steadfast dedication to John Wayne Airport, their common-sense approach, and the extended hours they worked.”

A great deal of JOA Group’s success can be attributed to Mr. Oviedo’s development of the company’s employees. JOA Group employs some of the best project managers in the industry, and the team is continually encouraged to continue growing and expanding in their careers.

“The best part of leading JOA Group is working with great people and allowing them to excel now as well develop in their future careers,” notes Mr. Oviedo. “I can see their potential, and I like to foster it by giving them lots of responsibility and the latitude to do their jobs.”

Today, 25 years after opening its doors, the company is growing faster than ever and adding clients like Orange County Transportation Authority, Los Angeles County, and the Housing Authority of Los Angeles. JOA Group maintains the same unshakable dedication to client success, and continues to be an experienced, reliable, and committed asset to Southern California’s growth and infrastructure.